The standard contract for the sale of land gives the purchaser the right to make aclaim for compensation against the vendor up to an amount equal to 5% of the purchase price.

Because of this valuable right attaching to the purchaser, solicitors acting for vendors sometimes amend the standard condition to either reduce the amount able to be claimed by the purchaser to nil or to a figure or percentage less than 5%.

To illustrate, consider the following example. The parties exchange contracts on a unit in Mosman with a purchase price of $800,000. At the final inspection, the purchaser discovers that the built-in wardrobes have been ripped out by the vendor. The purchaser obtains a quote to re-install the built-ins for $3,000.

On advice from his solicitor, the purchaser makes a formal claim on the vendor before settlement for $3,000.  As this amount is less than 5% of the purchase price, the vendor cannot rescind or delay settlement. If the dispute is not resolved, settlement must still proceed and the agent must withhold $3,000 pending the outcome of a post-settlement arbitration.

Due to the significant costs involved, most parties sensibly resolve the dispute prior to settlement (the purchaser usually deducting the agreed compensation from the balance purchase price).

Surprising though it may seem, not all vendor/purchaser representatives are aware of the nature and extent of their respective clients’ rights under this condition. To avoid settlement being called off (unnecessarily), make sure that you familiarise yourself with any amendments to the printed conditions so there is at least one party in the equation (namely you) that has some idea about what should happen. 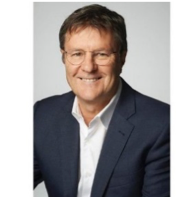